ALBANY, NY (March 25, 2022) During a virtual press conference today, the New York Public Transit Association (NYPTA), the chair of the New York State Assembly Transportation Committee, and representatives of public transit advocacy groups from around the state called for the inclusion of robust funding for public transit in the final 2022-23 state budget.

Over the past two years when many businesses went on pause, transit systems kept rolling, connecting New Yorkers to jobs and to their communities. This is how many stayed safe and healthy during the crisis. Now, as the economy rebounds, we need more transit service, providing better connections to jobs, education and healthcare, along with new ways to travel and connect.

An energized transit system is vital to a community's well-being, and it will require an appropriate investment to expand the network and meet the growing needs of the people we serve. Adding new mobility options such as bikes and scooters, planning for better bus routes, and supporting it with better technology, will require substantial investment.

With less than one week left to finalize the state budget, lawmakers, transit systems, and advocates for public transit are working to ensure the increased funding level included in the one-house budgets is also included in the final budget. 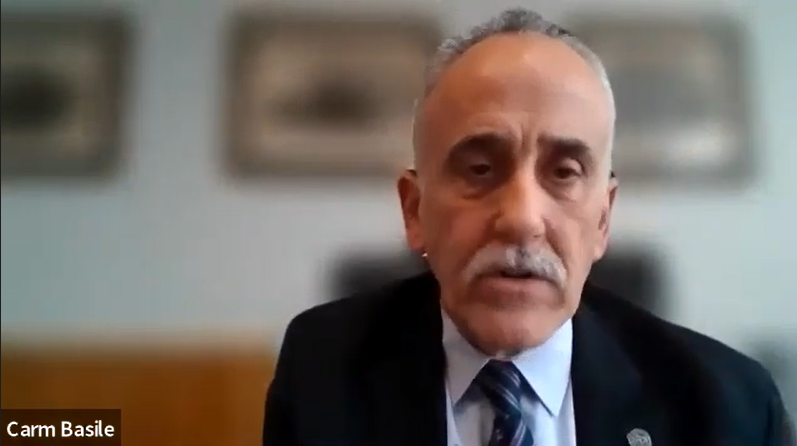 "Better mobility, better connections are what the people of New York state want," said Carm Basile, CEO of the Capital District Transportation Authority and past president and current legislative chair of NYPTA, who thanked the Senate and Assembly for their commitment to increasing upstate transit funding to a level equal to that proposed for downstate.

"It's obvious that they've heard our message," Basile said. "Our message is: Transit and mobility are not different in Buffalo than ... in Poughkeepsie or New York City or Binghamton. Treat us all the same, let us continue to do the work we're doing, to develop new ways for people to travel, to develop new opportunities for people, and to connect everyone to economic opportunity." 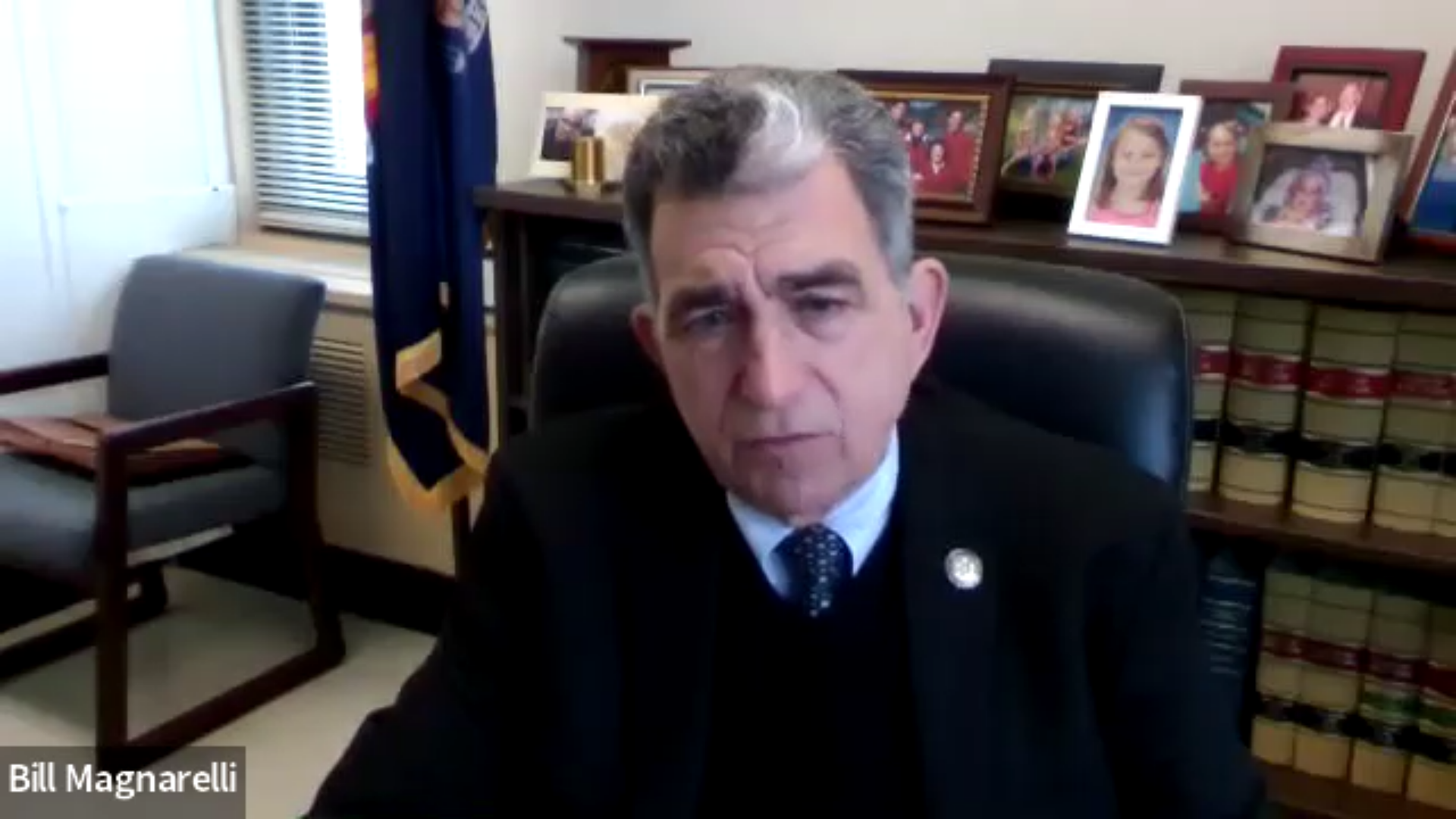 "New York will never meet its climate goals without a robust and reliable public transit system," said Bill Magnarelli (D-Syracuse), chair of the Assembly Transportation Committee. "Unfortunately, investment in upstate transit has lagged behind the downstate systems. ... I'm a big advocate for the downstate systems as well; what we need is a good mass transit system throughout the state.

"Our proposal in the Assembly will fulfill NYPTA's request for a five-year, 50 percent increase in State Transit Operating Assistance (STOA) funding for upstate systems by providing a $315.2 million for upstate STOA, an increase of $54.6 million over the Executive Budget proposal. This increase reflects the first year of a plan to increase upstate transit operating assistance by 50 percent over five years as the upstate systems have requested," Magnarelli continued.

The Assembly also supports transit by providing $200 million in capital support over the next five years, including $100 million for upstate systems," he said. Additionally ... we've pushed for $10m in the budget to allow upstate authorities to establish pilot programs for on-demand microtransit, to see how new technology can increase ridership and get public transit into underserved and rural areas."

"I'm excited and hopeful working with the Senate we can get this funding in the final budget. ... These investments would be truly transformative for our upstate systems," Magnarelli concluded. 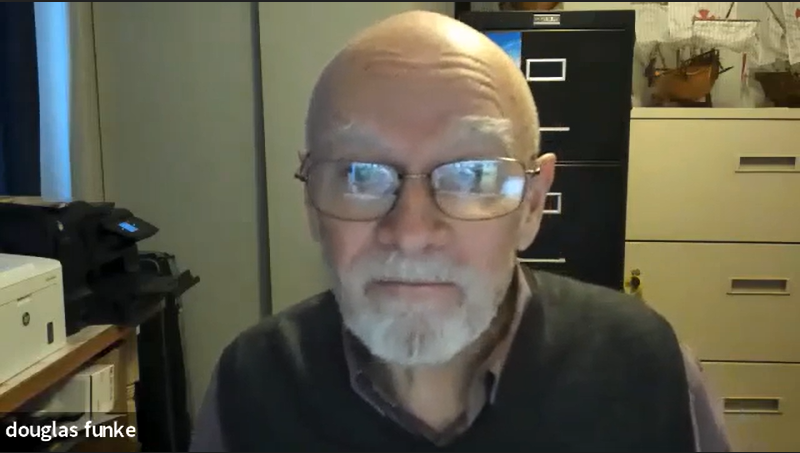 "We are facing two existential crises, both of which call for new and significant investments in public transit. These crises are climate change and social equity," said Doug Funke, president of the western New York advocacy group Citizens for Regional Transit. "The largest contributing segment to greenhouse generation is transportation, with most of that coming from private vehicles." Reducing greenhouse gas generation 40 percent by 2030 and 85 percent by 2050, as required by the New York State Climate Leadership and Community Protection Act (CLPCA), "calls for doubling transit service and investing in high-capacity transit," he said.

According to a recent report by Buffalo's Partnership for the Public Good, commuting by transit can take more than twice as long as driving, and many jobs are not accessible by transit at all, Funke noted. For this reason, most individuals who can afford private vehicles do not use public transit. "They can afford to drive, relegating the poor to infrequent bus service while contributing to the climate change problem.

"The solution to both crises is better public transit; that is, higher frequency bus service integrated with a high-speed, high-capacity transit network. The goal must be to make transit a convenient and attractive alternative to driving.

"For the first time in a long time, there is federal money available for transit," Funke said. "We ask our state and local legislators to continue prioritizing transit projects and providing the necessary state matching funds." 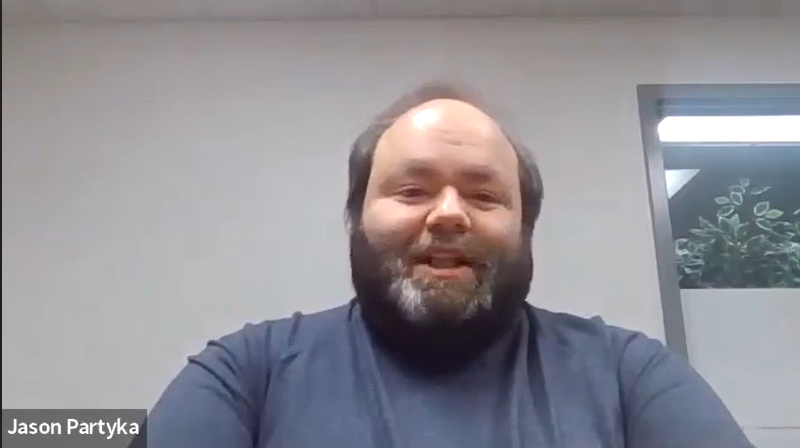 Partyka, who lives in an area of Rochester where the buses run every 15 minutes, spoke of a recent day when he needed to return home to take forgotten medication, but was on time for work because of the frequency of bus service in his neighborhood. For those without access to such service, he said, "missed mornings like that over the course of a lifetime can really affect your health in the future.

"Investing $1 in transit today has the potential to save $2 in health care spending, he noted.

By contrast, Sherman cited the case of a volunteer with her organization who spends three hours on public transit to attend a 15-minute medical appointment, because the buses she needs run once an hour, or even less frequently. 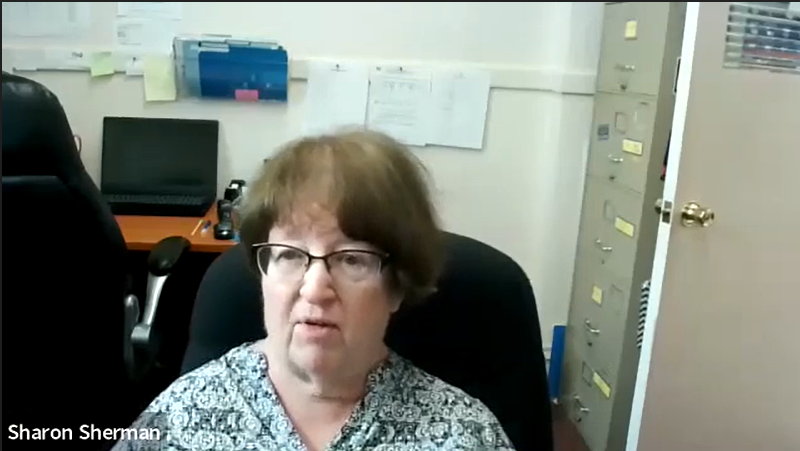 "This is why we are so focused on this money being very, very important, to increase the frequency and the hours (of service)," to assist those who rely on public transit with "not only getting to jobs but being able to have a life.

"We are very supportive that both houses have come up with one-house bills that (restore) the money we were asking for," Sherman said, expressing hope that Governor Hochul, herself an upstater, will understand the need for additional funding for upstate transit. 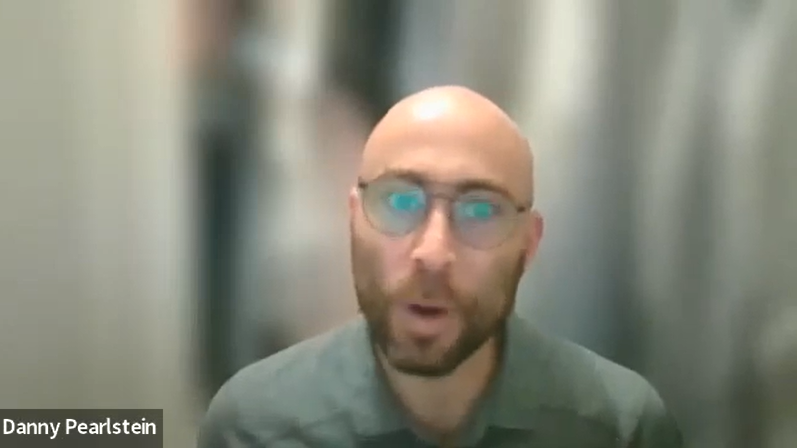 As a New York City resident who has lived upstate and frequently visits, Danny Pearlstein of the Rider's Alliance in New York City said the lack of frequent transit service in upstate areas "means that transit can't be a way of life for enough New Yorkers." With increased transit funding in the state budget, he said, "more New Yorkers will be able to experience and have options more similar to what we have in the city, and that means a bigger, stronger, more robust constituency for public transit, which is the direction the future is taking us. ... Giving people more options is so critical."

About NYPTA
The New York Public Transit Association, Inc. (NYPTA) is a not-for-profit association of public transportation service providers, private sector manufacturers and consultants, and state government agencies. The Association was formed in 1983 by representatives of the transit industry committed to the advancement of public transportation in New York State. NYPTA members consist of upstate and downstate systems in rural, suburban, city and large metropolitan localities, and account for 28 percent of all transit rides in the country. www.nytransit.org, info@nytransit.org.