The Fastest Way To Ride

The service you love, with more speed and more convenience!

Contactless Fares are available on our Navigator App -- Download today: 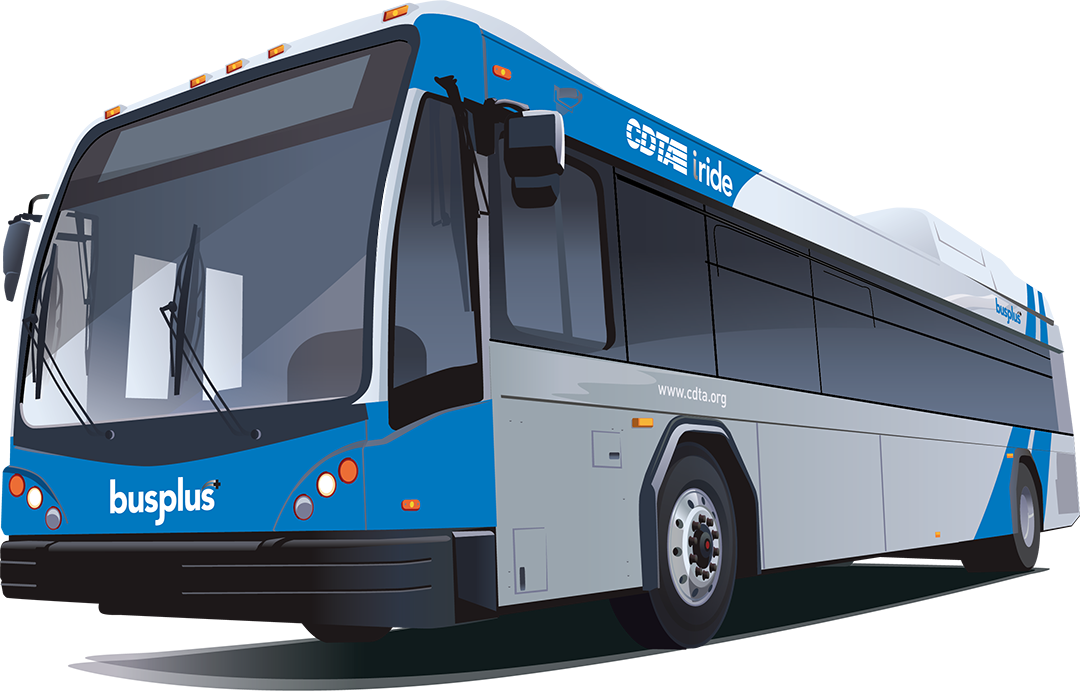 WHAT IS BUS RAPID TRANSIT?

Bus Rapid Transit remains one of the fastest growing service categories in the country. Progressive transit systems use it as an alternative in communities without the level of density and customer volume needed for light rail. The flexibility and build-ability of bus rapid transit systems provides clear connections to economic development in areas where it has been introduced. Bus Rapid Transit service can be a building block to a dedicated right of way system, or eventually to a trolley line or light rail system.

CDTA’s BusPlus service is the first and only Bus Rapid Transit line operating in Upstate New York. The BusPlus BRT Red Line has been operating on Route 5 since April 2011 to critical acclaim and widespread customer acceptance. The award-winning service has resulted in 20% ridership gains and has CDTA positioned to expand BusPlus service to other high volume corridors as part of a plan to develop 40 miles of BRT. 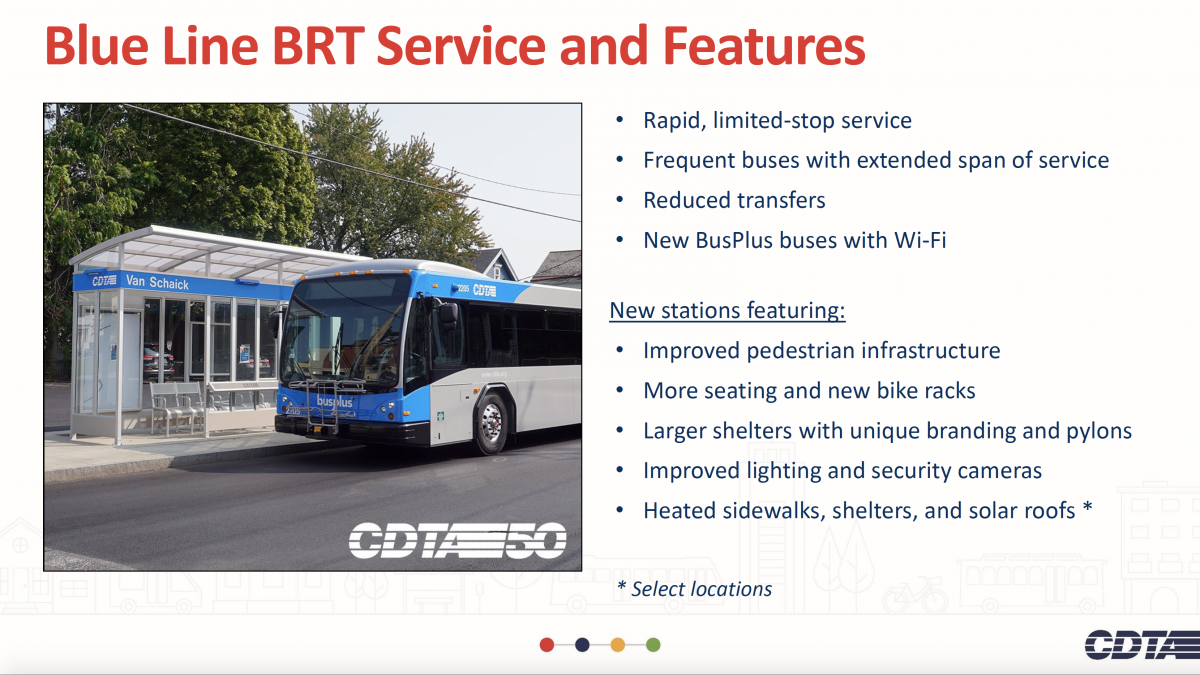 The BusPlus Blue Line will operate along the 15-mile corridor runs along the Hudson River connecting Albany, Cohoes, Menands, Troy, Waterford and Watervliet. The corridor has a growing employment base and the service will connect to a host of CDTA services including the other BusPlus lines in Downtown Albany. The corridor has more than 2 million boardings annually, making it the third busiest transit corridor in the Capital Region. BusPlus will reduce traffic congestion along Route 32 and stimulate economic development while reducing parking demand in the bookend cities of Albany and Troy.

The BusPlus Red Line provides limited stop service on the 17-mile stretch of Route 5 between downtown Schenectady and downtown Albany. The service also runs through Colonie and Niskayuna where 15% of Capital Region’s population lives and where 30% of jobs. BusPlus’ ridership was nearly 1.8 million during FY2020 and the Route 5 corridor has surpassed 4 million rides annually, providing access to Proctor’s Theater, Schenectady Community College, Colonie Center, the Capitol Building, Empire State Plaza and Downtown Albany.

The BusPlus Purple Line will operate on an eight-mile corridor runs through the City of Albany along Washington and Western Avenues, including the region’s largest shopping center (Crossgates Mall), multiple campuses of the University at Albany, the Harriman Office Campus and The College of Saint Rose. BusPlus Purple Line service will operate through urban neighborhoods and business districts, providing direct connections to Downtown Albany. The corridor already has over 3 million annual boardings, making it the region’s second busiest.